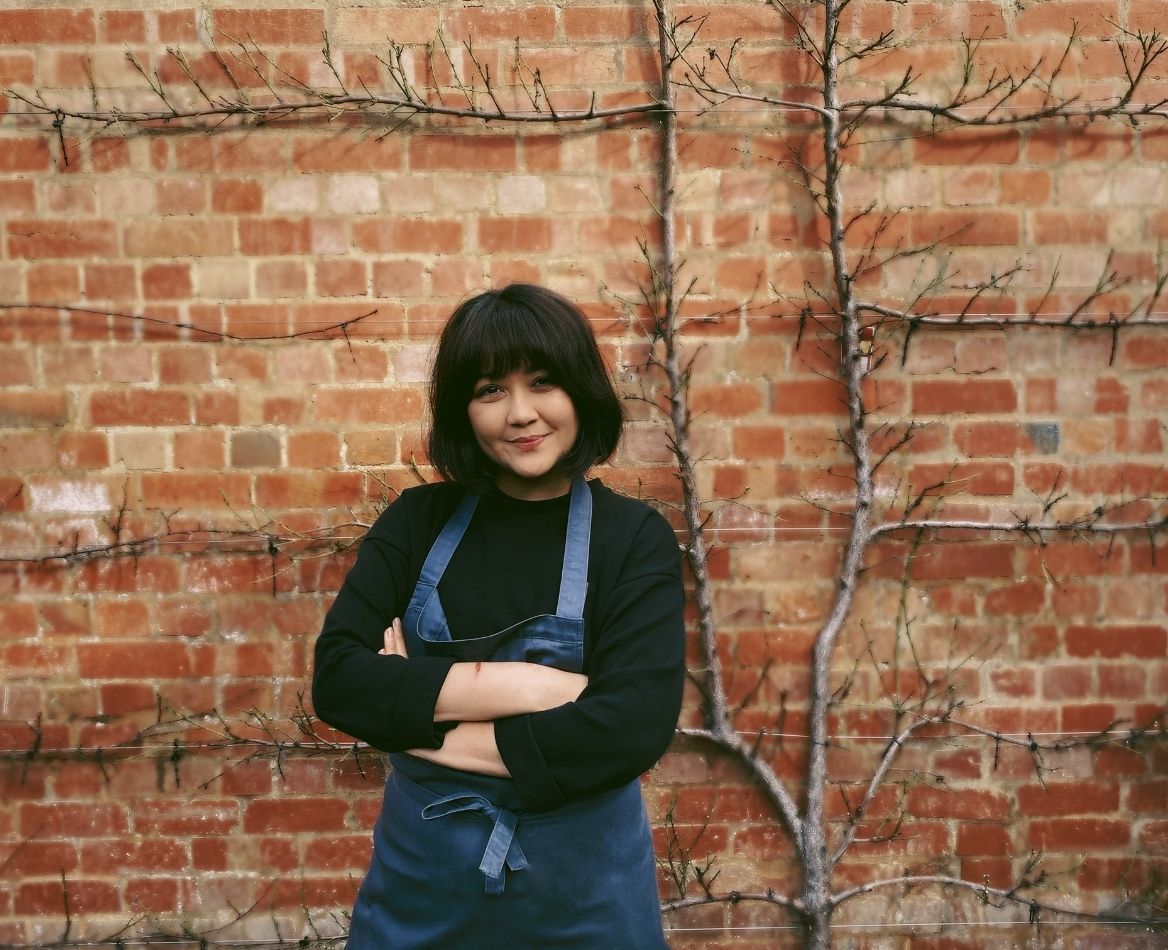 Join in on this Virtual Cooking Class Session to learn about Angliss Alum Rosheen Kaul's cookbook, Isol(Asian) and make some of her favourite Chinese cuisines.

What was a favourite class during your time at Angliss?
I enjoyed the desserts units. The little cakes we made were so adorable.

What inspired you to write a cookbook?
It was strange having so much time on my hands. I'd been working non-stop for several years without pausing to take a breath. I had to find something to occupy my time, but for the first time, I didn't need to cook someone else's food. It was really lovely cooking and writing about the cuisine and techniques that I feel very strongly about.

What did it take for you to publish a cookbook?
A lot more effort than we'd initially thought. We figured we'd sell a few copies to friends and call it a day, but after our first article came out in the Guardian we got slammed with orders! I had to create a website, online store, learn how to deal with customers, logistics and fulfilment. We also trial different postage and handling couriers and postal services. They were all quite complex to navigate, especially with the high volume of international orders we'd received. It was a massive learning curve!

What can people expect from your masterclass?
I'm keeping it nice and simple because I'd actually like people to make this dish! Smashed cucumber salad is a summer favourite in China. It's not only delicious, but it's very fun to prepare, with a bright zingy dressing. An ultra-refreshing dish for our upcoming warm weather.

What made you want to create a vegan cookbook?
Most of the recipes from the first Isol(Asian) Cookbook were already unintentionally vegan. Chinese food rarely includes dairy, and the seasoning sauces and pastes don't contain animal products either. When Shannon Martinez approached me about doing a menu with Smith & Daughters, it made sense to compile all of my recipes into one volume to cater to a vegan audience.

How did the collaboration come about with Smith and Daughters?
Shannon – the chef/owner of Smith & Daughters/Smith & Deli – called me one day to ask if it was something I'd be interested in doing. She's a good friend, and she offered me work at Smith & Deli after I'd lost my job. The world of vegan cooking has been fascinating! I've learned so much.

What would you say to someone who's reluctant to try vegan cooking?
It's not all beetroot burgers, you can eat soy sauce and vegan fish sauce exists. You don't even need to be healthy about it. I know plenty of vegans who live off hot chips, but it's much more exciting to tuck into a whole spread of delicious dishes and soups with rice if you do it the Asian way.

William Angliss Institute is the Government endorsed specialist training provider for the foods, tourism, hospitality and events industries. Over more than 75 years we have earned a strong global reputation for the delivery of innovative higher education, training solutions and consultancy services to clients across Australia and abroad. Read more.