From high school to hotel school 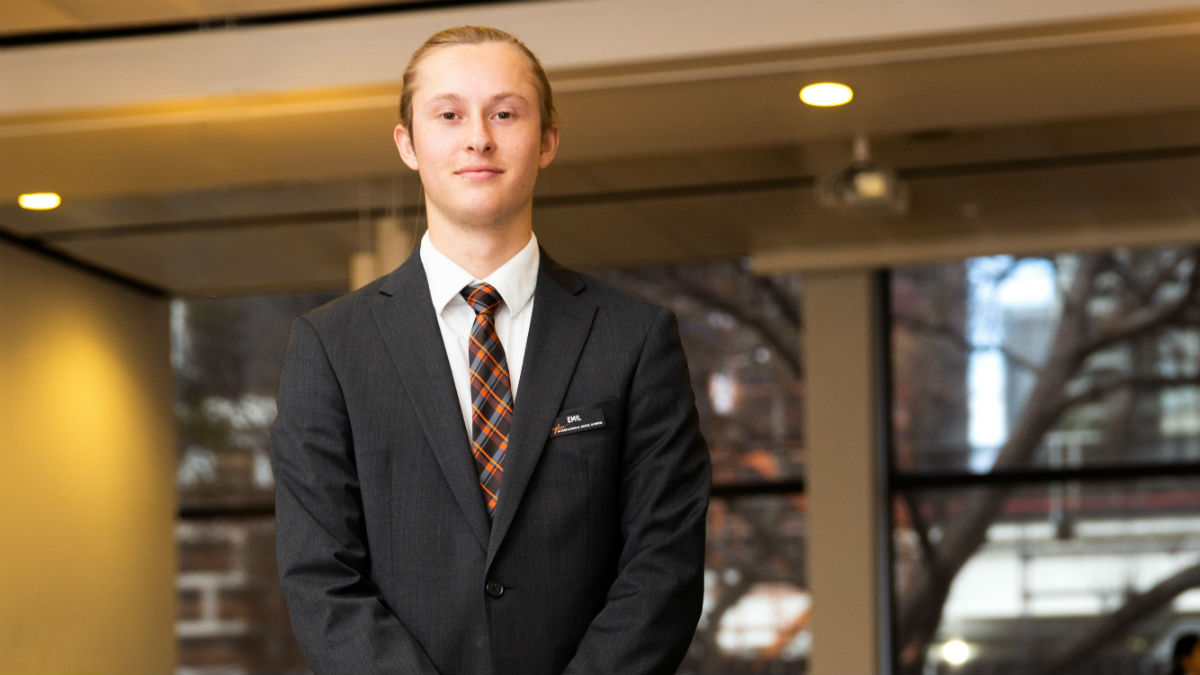 Since high school, Angliss student Emil Nilsson knew which direction his career was headed in.

In 2017 Emil completed a Victorian Certificate of Applied Learning (VCAL) at our Melbourne campus, where he graduated with a Certificate II in Kitchen Operations.

As part of his studies, Emil also had the opportunity to work with one of Melbourne's top Italian restaurants, Grossi Florentino.

"There are so many opportunities for young people to create a career in the hospitality industry," said Emil.

"Enrolling in a VCAL gave me the opportunity to grow my knowledge of the industry, which ultimately put me in the best position to start a career."

Combining a Diploma of Hospitality Management with the learning and work experience of an on-campus hotel environment, the course exposes students to five-star standard accommodation and the requirements of the luxury hotel industry.

The diploma also provides students with the opportunity to participate in masterclasses, an international hotel study tour, and a nine-week industry placement program.

"I have learnt so much in just one semester - everything from how to provide five-star dinning service to handling managerial responsibilities, leading a team, and approaching conflict resolution," said Emil.

It all comes down to one simple factor that drives Emil.

"I love working in a social environment where you have the opportunity to make someone's day just that little bit better," he said.

With Emil's eyes firmly focused on the future, he has grand plans for his career.

"Hopefully the next stepping stone in my career is the chance to work at luxury lodges and resorts internationally," said Emil. "However, my ultimate dream is to own a boutique resort, including villas and beach clubs."